BLACKB0ND (Or Blackbond) is a pretty pessimistic and narcissistic game reviewer on Youtube, a self-proclaimed "corporate slaves destroyer" and a company exposer like Jim Sterling and ReviewTechUSA.

Over the past years, he managed to make himself known as "The Hate" on social media.

He is known to harass other people over Twitter and force his opinion down people's throats. Whether he does this unironically or ironically is up to you, but either way, it makes him a troll and potentially an actual lunatic. Like Gligar13vids, CyberRobotnix and youngdefiant, he is overall extremely negative toward a good portion of games he reviews for the sake of pissing people off.

Occasionally, he makes slanderous claims against other people whom he deems to be "corporate slaves".

Additionally, Blackbond is also known for harassing other people online.

Why do you expect anything from a troll?

He admitted being a troll in one of his videos, but rather than using the word "troll", he used the word "asshole". Viewable here.

He is an African-American known as Ryan Galiber who lived at some point in New Jersey. No other information is known about him.

Oftentimes, Ryan is either being hypocritical or on double standards. He is known for that since his statements are not really consistent in most cases. It can be about a certain subject, a certain series of video games, or other political shit that may or may not be extremely controversial in nature.

Furthermore, he is known by many to shit-talk his admirers when they don't fully agree with everything he says. As a matter of fact, someone who said they did not support the idea of Blackbond to witch hunt someone else, got called a virgin and a sheep, as usual.

Just a kind reminder that @t8styham (Fritanga) kinda defended Blackbond in one of his videos and Blackbond responded to one of his detractors by adding to their point that Steam users are children. With a friend like Ryan, one does not need enemies!

Believe it or not, but Ryan, being such a gentleman, is alleged to have made several homophobic statements in the past while being gay himself, to top it off he accused other people of being homophobic or using homophobic slurs while his fans do the same thing. That's the best example we can give of Blackbond's inconsistency, hypocrisy and double standards.

Also, see this video. It's baffling how self-loathing Ryan is.

Sometimes he claims that X game is good for X reasons, but he'll then say that Y game is bad, despite having the same qualities as X game. He hates Super Mario Odyssey while seemingly enjoying A Hat In Time, those two games are borderline identical, the unique difference being that Super Mario Odyssey is a lot easier.

Additionally, he hates Octopath Traveler, Zelda Breath of The Wild and Broforce. Octopath Traveler was certainly overrated due to the nostalgia factor, but that does not mean it is a bad game by any means. It is noteworthy that in each respective video he tries to cool down his negativity by saying "those games are neither bad nor good... nor average..?" at least he did say this for Octopath Traveler and Breath Of The Wild. Funnily enough, he said the game known as "The Legend Of Zelda Breath Of The Wild" was a rip off of "The Witcher 3", despite the fact all the things, mechanics and items that were apparently "stolen" from The Witcher 3 already existed in the Zelda universe, minus the open world aspect which had first appeared in The Legend Of Zelda Breath Of The Wild.

Lately, his biggest controversy comes from the game Metal Gear Solid to which he plays like Darksydephil by being extremely bad at the game and skipping dialogues in-game. It is not a review, but it is his most notable controversy as of 2018, to the point where he deleted his entire video (See the archived stream).

Exactly like youngdefiant, he baits outrage with his insanely negative videos, one good example with a terrible like to dislike ratio is his video on Death Stranding titled Death Stranding Looks Like Absolute Trash | Hideo.

Needless to say he blocks all and any form of criticism and once bragged about it on a video. 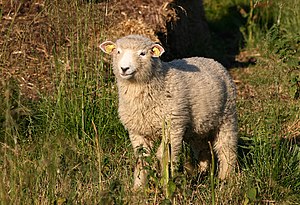 Selfie of one of Blackbond's followers in its natural habitat.

Whenever Blackbond says something good or bad about a game, his fanbase will immediately take that as a fact and start liking/hating the game, regardless of their opinion on said game before watching Blackbond. It is possible that one day, if Blackbond says Bubsy 3D is the best game I've ever played, his fans will start liking the game, despite being considered one of the worst games ever made.

Fun fact: Going on Wikipedia and searching up the definition for "cult" should give you a definition that is close to what relationship you'd expect from Blackbond himself and his followers. They treat him like he was their all-knowing deity.

He attacks DrTre81 on a daily basis, the person in question is a troll too. The reason he gets smacked constantly by Ryan is for his statements that heavily support Nintendo and bashing its rivals to the point of being a literal fanboy.

Eventually, Blackbond made AsheVillian quit Youtube due to his targeted harassment and constant ranting.

Blackbond harassed RTU Critic, the link to the video discussing the issue is available there (NSFW).

Before being the Blackbond we all know and hate, he was a pretty normal person who had opinions on video games and simply wanting to share them with others, but he was being bullied for doing so. This is probably the cause of why he is who he is nowadays. One of the most controversial videos he made back then was a rant that discusses why Nintendo never saved gaming (which is true to some extent, Nintendo is given way too many credits for something that would exist without Nintendo's intervention), watchable here: https://www.youtube.com/watch?v=Y3s4BEghpX4. Ironically, his behavior and reason for acting as such are quite similar to the behavior and reason for such behavior of another troll, CyberRobotnix.

He has over 20 thousand subscribers on his Youtube channel.

He gets heavily pissed at the use of homophobic or racist slurs, despite the fact he hypocritically used said slurs. Let's not forget the fact that his fans do that as well.

Blackbond is extremely entitled and petty.