r/CringeAnarchy, nicknamed r/PoliticalAnarchy by some, was a notorious subreddit that quickly degenerated into an alt-right hellhole. It described itself as a more free alternative to r/cringe and r/cringepics with less strict moderation and a more "anything goes" mindset, as long as something was strange, ridicule or eccentric.

Why is that a troll community?[edit | edit source]

Recently and as stated on the header, the sub devolved into an edgy political hellhole, full of bigots that would regularly talk shit about other people outside of their community or post links to news article while making fun of the content in it.

They sometimes start witch hunts as well when they deem someone to be eccentric or "cringeworthy" and that was the case since the subreddit was first formed.

In a fashion and by a fate that is oddly similar to that of Encyclopedia Dramatica, the community originally was a fine community to submit "cringe" as evidenced by their banners (see below), but the subreddit had an identity crisis starting near the end of 2016 and started to get flooded by politically incorrect content like antisemitic messages, Transphobic memes or promotion of the Nazi ideology.

Also, memes like Pepes, and Wojaks or Clown Pepes and NPCs more recently, showed up a lot in the community ever since its identity crisis.

It is theorized that other extremist subs, like r/MRA and r/altright, are to blame for the r/CringeAnarchy edginess that ultimately led to the community getting banned altogether.

To not help the identity crisis at all, the sub was constantly brigaded with people trying to destroy it and it was quarantined which made the situation worse and uncontrollable.

Ultimately, it led to the good moderators that were doing their job of keeping the community safe for everyone (T_Dumbsford for example) to either get demoted or leave the community and for other mods like 4ChanMeta to take it over with their edginess and bigotry.

All that toxicity wasn't left unnoticed and the Reddit admins stepped in. 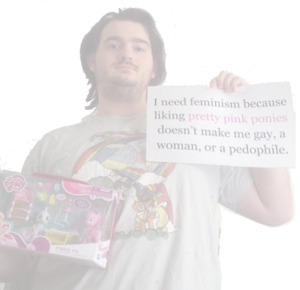 This could be seen in the background.

This could be seen on the sidebar.

Obviously, since CringeAnarchy was deleted, its users tried to find alternatives. Another sub called r/Cringetopia (Which has the exact same purpose as r/CringeAnarchy before mid 2016) was the biggest target in this massive "deportation" of CArefugees, which caused the aformentioned sub to go on lockdown and ban every and any CArefugee that comes by. Several other moderators expecting the CArefugees to come to their subs locked down their own subs as well to prevent the CArefugee from infecting their sub.

The moderators from r/CringeAnarchy that were moderating the current revision of the sub before it gets banned made several backups across several websites including, but not limited to: Voat.co, Gab.ai and Matrix servers.

/!\ Do not check the links if you don't like hateful content, but for the sake of information, the links to the backups will be there. /!\

r/CringeAnarchy before it turns into shit

r/CringeAnarchy after it turned into a political hellhole