Eric Dondero is an abusive troll[2][3][4][5] who has been harassing people across the internet for decades. He is most infamous for suggesting Republican voters with dogs let them defecate on the lawns of Obama voters. He has been suspended on at least three Twitter accounts for harassment (his first was banned in 2015 after 21,000 tweets[6]) and is currently trolling using the account dondero_e.

Dondero is notorious for spamming abuse on social media platforms calling virtually everyone who disagrees with him a neo-Nazi - this is despite he holds far-right political views (describing himself as far-right[7] and a nationalist[8]) while his tweets are chock-full of racism. 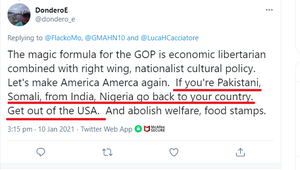 Many of his tweets include repeating the following irrational and patently false claims over and over: 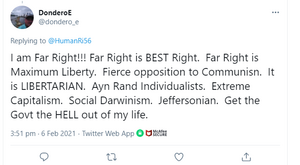 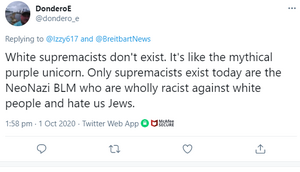 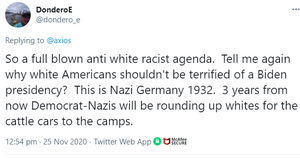 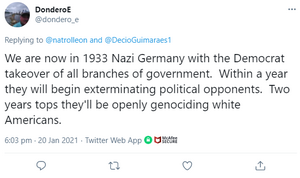 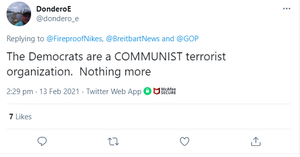 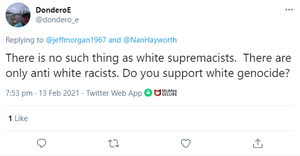 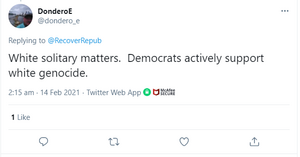