FuturisticHub, also known as LifeInATent (or -Camp), MartekTheSuperHero and ILaughedAtYou, is a notorious Youtuber who is mainly known for his abuse of YouTube's copyright system, his attempted blackmail of smaller YouTubers, and the unsettling nature of his videos, which usually feature various pop culture figures in weird, fetishistic scenarios. He has currently about 3 million subscribers on his current account FuturisticHub.

While he does not match the criteria for being a baiter (The most common type of troll), he does appear to sport traits that make him a troll.

There are three main reasons why he is considered a troll. 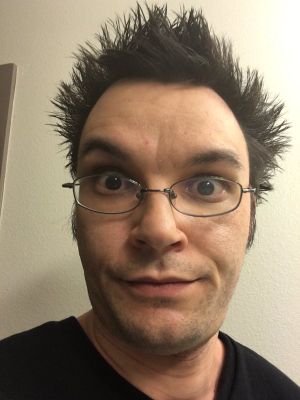 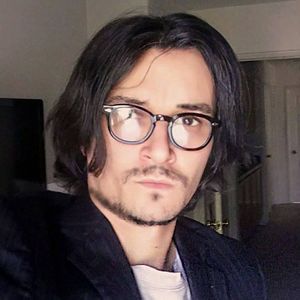 FuturisticHub is a Caucasian man living in the US and currently married. His real name is Brian Martin. His birthday is August 29, 1984.

He has a brother living in the US whose name is Kevin Martin. He is behind the online persona WeatherManKevin.

FuturisticHub wears glasses while his brother did not, but would eventually start wearing a pair.

Both of them are allegedly on the autism spectrum.

Once Brian Martin made it to the internets, he started several money-making scams (Such as Pays4ever).

Prior to internet notoriety, FuturisticHub owned a scam business available on this archive. This would obviously prompt criticism from several people on the net years later. The name "Brian Martin" appears several times on that website.

He eventually opened a Youtube account and so did his wife. He was called "MartekTheSuperHero", "ILaughedAtYou" and then "LifeInATent" later on. Both of them then started scamming people on the website.

Both of them were on Machinima's MCN and they would make use of Machinima to shut down criticism by filing false copyright claims.

Back then he already had attracted the attention of trolls and made himself many enemies on Youtube.

https://www.youtube.com/watch?v=IFXgtCiw3AE (The Truth About Brian Martin ( AKA Liat))

Of notability, FuturisticHub would boost his wife's videos by dislike botting them, those dislike bots would be used again to harass other Youtubers in the future.

On his current channel, FuturisticHub, he makes 3D animations about Minecraft. These animations depict a glasses-wearing whitewashed Steve with different crossover characters from other popular media, such as:

One should take into consideration this behavior and obsession with specific characters is not very dissimilar to 3LAMESTUDIO's, although 3LAMESTUDIO is a baiter while FuturisticHub's videos are legitimate attempts at cashing-in revenue by making use of prominent pop culture characters. It is made more obvious if you consider the fact he makes use of the latest trendy game/movie to get a lot of views: in 2013, it was Frozen; in 2014, it was FNAF; in 2016, it was Undertale; in 2019, it was Baldi's Basics; in 2021, it was Sonic because of the Sonic movie, etc.

The animations themselves are often regarded as sexual, crude and unsettling. This is because the storylines in his Minecraft animations are nonsensical and feature liberal usage of sexual themes or fetishes. This made plenty of commentary channels talk about FuturisticHub in 2016 and 2018, and following that, rant channels started to criticize his 3D Minecraft animations which led him to blackmail smaller Youtubers.

Here are some examples of criticism FuturisticHub received due to his weird videos:

FuturisticHub will often ask Youtubers who make rants on him (either in the comment section or privately) to either delete the videos, private the videos, etc to make sure said rant videos do not give him a bad reputation.

Optimus' take of the matter:

A Youtuber made a rant on FuturisticHub pointing out that he does harass smaller Youtubers. It is available below:

FuturisticHub is racist and Islamophobic.

See the following video below:

In addition to the rant above, FuturisticHub, on his old account LifeInATent, made several racist statements such as comparing people of color to monkeys.

Back in 2011, FuturisticHub under his alias LifeInATent made a racist video mocking Japan after it had a massive earthquake. However, after making the video, he did apologize.

FuturisticHub's Twitter account allegedly ended up being shadow-banned, before being entirely suspended for spouting hate speech toward Muslims and rightfully so.

FuturisticHub went after Vidcon in 2012 (Proof!).

FuturisticHub vandalized and threatened to sue Encyclopedia Dramatica unless they removed his article from the website.

In August 2013, FuturisticHub threatened RationalWiki with legal threats because of an article on his brother WeatherManKevin.

On the 4th of April 2016, FuturisticHub attempted to sue MrRepzion for defamation, and it evidently failed. After that lawsuit failed, FutusticHub attempted to sue Brandon Keating and David "Ty" Moss. It failed again and he had to pay them 20 million dollars. When engadget reported on the incident with all the known information, FuturisticHub posted a comment in 2017 claiming this to be misinformation.

(He definitely is lying.) it is worth taking into consideration.

Also recently, Holly Bone sued Turkey Tom on behalf of FuturisticHub, but the case was completely dismissed in May. (Proof 1 / 2)

LifeInATent/FuturisticHub has been in a feud with MrRepzion/Repzion since 2009. Throughout 2009-2010 he harassed MrRepzion and his family, by doxxing him, giving out his home address, pictures of his 1 year old infant nephew, including his family relatives, phone numbers, and sending explicit, vulgar rape threats through text and voicemail to MrRepzion and towards his family, including his 1 year old infant nephew, as well as violent death threats towards MrRepzion and his family. As mentioned before, in 2016, FuturisticHub threatened to sue MrRepzion for supposed defamation, and it failed. MrRepzion did state that LifeinATent is far worse than Keemstar.

Impersonation and Shutting down his own article[edit | edit source]

FuturisticHub pretending to be someone else.

FuturisticHub was very unhappy that an article was written on him, so his next course of action would be to contact us by claiming to be his wife Holly.

An admin replied the most appropriately possible to his inane nonsense roleplaying, but since we did not remove his article, he decided to take it one step further and contact the staff at Miraheze to get his article removed. He did so via Discord, so nobody at Trollpedia knew what he was up to until Dmehus from Miraheze unexpectedly decided to delete his article without any prior warning (When, for the record, it was allowed on-site for over 1 year) and then let a Trollpedia admin know that it was gone for good.

His temper tantrum caused by the mere existence of an article showed his colors and made it clear as day that he was a charlatan.

Trollpedia was not the only victim of his antics, Twitter user BanishedJourno had received spam emails like this one below from FuturisticHub, and any person or forum thread critical of him would get his visit as seen below on the right.

Brian Martin had his channels FuturisticHub and Creamworks Animation confiscated by Youtube following him and Marko Princip committing tax fraud and violating the copyright law by stealing videos on a channel called "Videogames". That would force him to pay $20,000,000 to Google and they would then allegedly take an additional $300,000 of revenue from the channel's adsense.

This led FuturisticHub to sue Google because of how unhappy he was with the result, however, the lawsuit would eventually be dropped entirely.

Ever since, to keep his Youtube channels, Brian Martin continued his obvious charade by claiming to be his wife Holly Bone, although his wife does not even use the same animation software as he does. In a way, this is similar to how Keemstar preserved his Youtube channel after being terminated repeatedly and effectively being banned from the platform indefinitely.

Among the quackery, WeatherManKevin believes in the project HAARP, chemtrails, climate change denialism and man-made weather control in general.

Exactly like his brother, WeatherManKevin is a purveyor of empty threats. He went after several people and institutions, including: the National Weather Service, RationalWiki, Encyclopedia Dramatica, Google, Facebook and the NOAA. All of which failed, causing him to lose a lot of money like his brother, FuturisticHub.

WeatherManKevin had a feud with Aaron Tuttle on Facebook.

As a fun fact, WeatherManKevin was once assaulted near a bar because someone mistook him for a Pedophile.

FuturisticHub has a ridiculous amount of alt accounts and sockpuppets.

Those are accounts FuturisticHub does claim to own.

Those are accounts FuturisticHub keeps in secret, some of them can be sockpuppets.

Accounts whose status is under scrutiny to know whether they're owned by FuturisticHub or not.

FuturisticHub had a feud/war with Keemstar and Drama Alert in 2016 and previously around 2012 when Keemstar spoke up about Megan Speaks his girlfriend. FuturisticHub also animated Keemstar getting a probe in one of his animations while Keemstar talks about him on a stream. That does not stop there, exactly like Keemstar he accuses other people of being pedophiles, though one of his twitlonger was directed at none other than Keemstar.

Similarly to Keemstar, he is evading a permanent ban on Youtube by concealing his identity.

In all its "robotic text-to-speech voice" splendor, CyberRobotnix made a rant on that guy since he is an "ANTI-CRINGE M3MEL0RD". It is available here: https://www.youtube.com/watch?v=VKYi--J1K9M

FuturisticHub made a petition to restore his channel on the 20th of October 2011.