r/inteltears (Now named r/inceltear) is a subreddit whose original purpose was to point fingers at and laugh at mysoginistic incels (The likes of Elliot Rodger), but which has quickly turned intro a hate-filled subreddit targeting harmless virgins.

Why is that a troll community?[edit | edit source]

As stated above, the subreddit will oftentimes target and talk shit about virgins, despite the fact it is made clear inside of the subreddit that their supposed targets are assholes. That is the description found in r/IncelTears: "r/IncelTears. IncelTears is a part-mocking, part-watchdog subreddit for posting screenshots of hateful, misogynist, racist, violent, and often bizarre content created by "hateful incels" (hateful involuntary celibates). We do not condone blanket hatred of virgins or the romantically unsuccessful. Some "Blackpilled" Incels blame women...". If you bring that up to them, they will always argue in bad faith, then ban you.

Surprisingly, users on r/IncelTears participate in many cringe culture related subreddits. This means they love mocking other people, they are not altruists.

The picture speaks for itself.

This comic tries to point out a form of hypocrisy inside the incel community, but comes off as tasteless.

Additionally, like every "righteous" subreddits (r/AgainstHateSubreddits is the best example of a "righteous" subreddit if you ever need an example), they will raid all subreddits they vowed a war to using obscene content and then brigade them regularly afterward. Sometimes, they might raid those subreddits really badly to the point where it gets closed or they manage to get said subreddits banned from Reddit altogether through false flagging.

As you may or may not know, the original IncelTears was promptly shut down by the owner u/AndySambergsPants after he came back to Reddit 2 years later.

The reason as to why it was done according to the owner was that the community has gotten extremely toxic over the years. Some members of the new sub r/inceltear believe u/AndySambergsPants was hacked, that being said, they have no proof that he was hacked and considering the state of disrepair of the other subreddit, it wouldn't be surprising if the owner simply decided it was best to put an end to its misery. 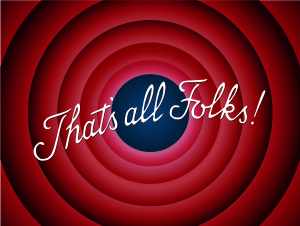 Due to the fact r/inceltears gets upset at the tiniest of the tiniest offenses (Read: Hypersensitivity), incel trolls make literal use of that for personal attention through baiting.

In the description and the rules of the subreddit, it specifically makes reference to the black pill when in 4chan's culture the black pill represents despair. They likely meant the red pill which represents far-right dogma, ultra-nationalism and, in some instances, bigotry/sexism, and which would make much more sense to be included in the rules than the black pill.

https://archive.is/TD8As (Post about the subreddit, a lot of criticism can be seen in the comments)