Turkey Tom is an American teenage male who resides in Massachusetts.

Tom is seen as conservative and right wing, and has made USS Liberty "jokes" at the expense of Ethan Klein of H3H3, because he is Jewish. He was then called out by D'Angelo Wallace, which then turned into a short rivalry.

Similarities to Keemstar and his support for him[edit | edit source]

His behavior and tactics in his videos are also likened to Keemstar, because of his tendency of being very accusatory, blowing things out of proportion and taking anything out of context like the aforementioned does. Much like every other shitty person on the internet, he blindly defends and supports Keemstar as well.

In 2018, Turkey Tom accused TheMysteriousMrEnter of being "pedophilic", for drawing children in his Indie GoGo campaign cartoon Growing Around. Only to retract criticism by claiming it was a "joke" although it seemed very serious because of his tone of voice.

Moreover, he accused Pyrocynical of being a pedophilic groomer, for supposedly "grooming" a 15 year old boy, only for the response to turn negative towards him after Pyro responded.

Besides the accusations, he has a tendency of making immature tasteless jokes on Youtube and twitter about other content creators for the sake of being over the top, edgy or offensive. Making "antisemitic jokes" about Ethan Klein of H3H3, and making a joke of Bowblax being 'sexually attracted to horse women'. 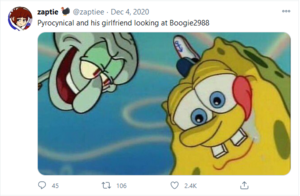 Associating himself with trolls[edit | edit source]

He associates with other trolls, such as EZ PZ, a moderator for Encyclopedia Dramatica. 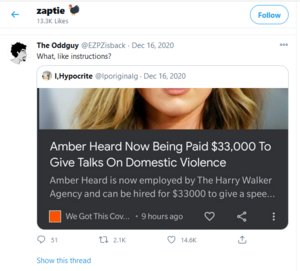 Despite Pyrocynical responding to the allegations, Tom refused his apology and continued accusing him of pedophilia. This resulted in major backlash, because of his attitude towards the situation and his continued promotion of accusations. Pyro's fans then started repeatedly spamming the lyrics to "Beat It" by Michael Jackson, in his comment section, as well as Bowblax's. After this, Tom disappeared on all social platforms for a month. 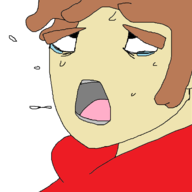 His avatar on KF.

Turkey Tom is active on Kiwi Farms under the alias "NotATurkey", and can be seen interacting with other users on Pyrocynical's thread.

TheMysteriousMrEnter's video regarding drama including Turkey Tom himself