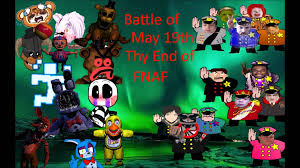 Representation of the UTTP "fighting" the FNAF fandom.

The (YOU)Tube Troll Police or UTTP for short is a troll organization that is particularly active on Youtube, Discord, DeviantART, Roblox and used to be active on Google Plus. It is notorious for having the most immature trolls imaginable compared to other troll organizations.

Why is that a troll organization[edit | edit source]

Although most of the members are harmless and will not doxx, blackmail, hack nor eventually harass you in any way, this troll organization can still be dangerous, so thread carefully.

They are known to have made several anti-communities, and the members will try their hardest to attract your attention by causing controversies or attacking another person by telling them that what they like is "cringe" or "cancer" either directly or, now most commonly, through videos made with Vyond/GoAnimate, a (pretty mediocre) drag-and-drop animation site that is infamous for grounded videos. They are known to call users “trolls” and throw warnings at them.

UTTP used to be one of the greatest trolling organizations ever. However, when they moved to Discord, they became much like the AZ Vandals in their earlier stages which was very cringy, often claiming to be able to grab someone's password out of thin air, and not being able to follow through. Their members still consisted of Script Kiddies and self-proclaimed Blackhats which in reality were mostly Greenhats, or not hackers at all. They, although extremely popular, began to become the butt of all Raiding Community jokes and were viewed as laughable and cringeworthy.

The UTTP members are mostly kids with bad grammar, who will also often TYPE IN ALL CAPS and spam exclamation points in almost every sentence!!!!!!!!!!!!!!!!!!!!!!!!!!!! This is what you need to take notice of since they are (naturally) extremely immature.

Something that is quite notable about them is their urges to tell you how much you suck for liking X gaming/television franchises that they hate, which is not surprising considering the fact that, as previously stated, they love to make anti-communities about things they hate.

Most of the UTTP members have an officer OC of some sort (See image) that is recolored with an addition of the handle "UTTP" next to their username, it comes without saying this is their symbol and the way they can recognize each other.

In more recent years, the UTTP is more well known for harassing people by using Vyond/GoAnimate to create inflammatory videos of users getting grounded, arrested, beat up, or even killed. Additionally, and in rare circumstances, the trolls may use their GoAnimate/Vyond avatar instead of the generic police clipart avatar (confirmed as of 31/03/2019).

Since 2018,UTTP just go to your channel and comment random stuff most likely warnings and will dislike bomb your video

The UTTP, in a good old baiter fashion, is supportive of infamous people (Literally people like Adolf Hitler) while talking shit about popular people such as Markiplier.

Most UTTP Users have weird catchphrases such as “SPESHAL SKEWL KID” “HI GUYZ” “FIRST WARNING” and “FRIEZ R UP!!!”

UTTP make imposter accounts out of their enemies and use them to dislike bomb and comment rude stuff.

The UTTP was allegedly created around 2010 by a user named southparkstudiosable (Real name Tommy Parkinson),however most people believe user PurpleHelmetAvenger made it. This is of course,false.

At the time Tommy cyberbullied an atheist man named Glen Watson and doxxed his family using alts such as NoBottoms4Glen,allbabiesareatheist1 and DisgustingGlen. He made alot of rumours at that time.

Another victim of UTTP was jacobsipod1 who was a child with autism that once tried to join UTTP but was kicked out and bullied by UTTP members calling him Glen’s rape victim. (Most UTTP members might say the catchphrase glen bummed little jacob)

One of the first members to join was OfficerSimonPegg,Strutting B4 and UTubeTrollPolice.

Around 2012 the UTTP became larger and larger and had a war with many Xbox groups. 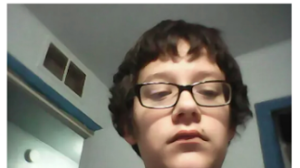 Carter's face reveal. He is about 8 years old and chances are the UTTP is mostly composed of 8 years old.

Being really diverse and having no real leader whatsoever, it is really hard to tell who's the most notable among the UTTP members. However, the members cited down below are notable enough to appear on this list.

After Google+'s shutdown in 2019, they mostly use YouTube to make rants and talk shit about others through videos made in Vyond(Goanimate). They have also been reported to be on deviantART.

Some of the members allegedly hacked online accounts of other people.

Verify this claim. It could be important information!

Be warned that some of the sources are not really reliable.